How the Leadership Development Program recharged Aaron Bryer and his career

Aaron Bryer is a self-taught leader who didn't like school much and once swept floors for a living. Now he's moving into a new senior leadership role and enrolling in an MBA. 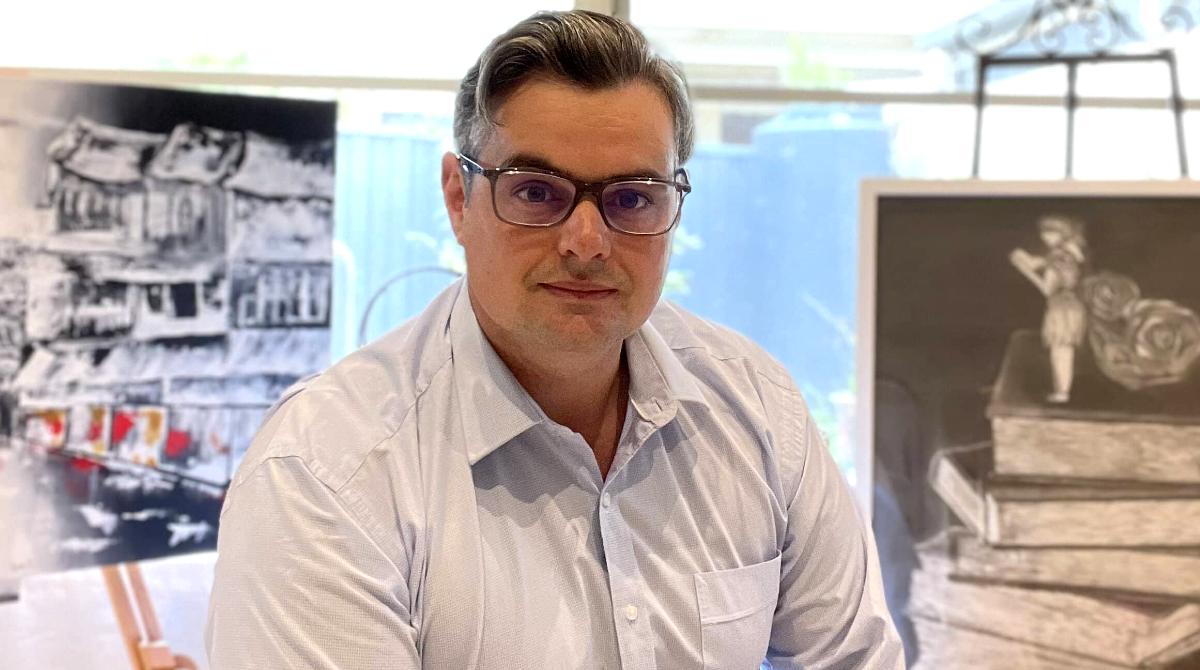 Aaron recently completed the Leadership Development Program at Melbourne Business School alongside an Australian Army colonel, US Navy oceanographer and managers from the energy, food and other industries.

"They all had different ways of doing things and different strategies, so, I learnt a lot from them. But, when you strip down their core challenges, a lot of them were the same, just in different industries," he says.

When he enrolled in the program, Aaron was the national sales manager for Ryco Hydraulics, which makes and supplies hydraulic products to clients in the mining, agriculture and manufacturing industries. Six months later, he's heading the Australian motion control business of US-conglomerate Motion Industries.

"It's a bigger role, with less direct reports but a bigger team. Motion Industries own a lot of sub-businesses, such as GPC, Repco, Napa and Hardy Spicer, or 1800 Hose Van, which is in the space where I play," he says.

"Motion's Asia Pacific subsidiary companies have a strong footprint across Australia, and I will be responsible for growing the fluid-power business unit of all of them."

As a teenager, Aaron chose trade school over high school for his secondary education and gained his first leadership lessons soon after, when he started his own private investigator business.

"I had a friend whose father, an ex-cop, was a private investigator, and it sounded interesting. He sponsored me for two years while I got my licence, and I then ran my own business for seven years."

But the endless travel and long hours proved too much for Aaron when his first baby arrived, prompting him to take a day job at global precision engineering firm Parker Hannifin.

"I was just sweeping floors to start off with, and I just grew from there," says Aaron who became a team leader, then supervisor and eventually a quality manager at the company.

His chance came when he joined major Ryco as a territory sales manager. Two years later, he was heading the national sales team.

"When I became the national sales manager, I hadn't managed staff around the country before and that was a challenge – dealing with different personalities, different industries, different states."

That challenge attracted Aaron to the Leadership Development Program and, like many of his colleagues on the program, the experience rebooted his career.

"I'm probably the sixth person in our group to have changed direction in their business or moved on. You really get down to the emotional side of why you're in business and leadership in the program," he says.

"It makes you rethink everything."

Aaron says he wasn't actively looking for a new job after the program, but when he came across the opportunity at Motion Industries, he couldn't stop thinking about it.

"The sealer was to still have a team. I had 18 direct reports in my last role, but wasn't always giving them enough attention, which is difficult to always do because you just don't have enough time," he says.

"It excites me to now have less direct reports and the chance to concentrate more on a smaller team and consider the bigger picture for the company."

Since completing the program, Aaron has rediscovered his love for painting, started to teach himself piano and reflected more on his long-term career – including further business education.

"The program reinvigorated my outlook and where I wanted to be," he says.

"I'm always trying to improve myself on the education side, and I’ve now applied to do my Part-time MBA at Melbourne Business School as well.

"If I hadn't done the leadership course, I probably wouldn't have looked at the MBA, but it was a quality course and I expect that's true of the MBA too."

To find out more about studying at Melbourne Business School, visit our Degree Programs and Short Courses pages, or learn about how we design Custom Solutions with organisations.

Build Your A-Team: Why NAB is banking on climate-change education

Research Within Reach: The maths behind consumer choice